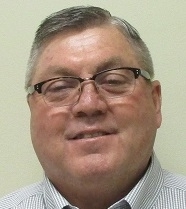 Todd Anderson was named facility director at Tulsa Transitional Center in March 2019. Anderson previously served as superintendent for the Oklahoma Office of Juvenile Affairs, where he has held multiple roles throughout his career, including juvenile justice specialist, administrator of Programs, institutional deputy superintendent, and program manager. He served five years as administrator at Avalon's Carver Transitional Center, before CoreCivic acquired the company in 2015. Anderson holds a bachelor's degree in sociology from Cameron University.

This week we jointly celebrate National Volunteer Week and National Reentry Week (April 23-29). CoreCivic's group of 2,700 volunteers is a key part in the reentry process. As members of the community, … read more