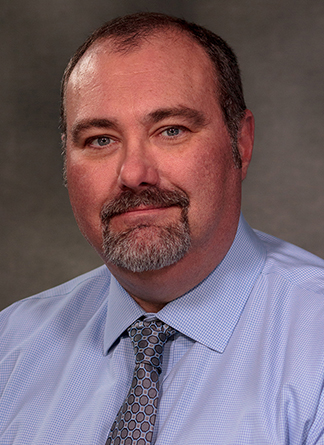 Most inmates and residents will return to their communities. CoreCivic’s reentry services make communities safer by helping these individuals prepare to return. With 35 years of service to every level of government, our team has the know-how and drive to help inmates and residents live successful lives. We use open-sourcing to generate ideas — and add our own best practices — to deliver programs that work. We listen to inmates’ and residents’ needs. We listen to communities’ concerns. And we bring them together.

Q: CoreCivic set a new reentry services goal in 2017 and surpassed it in 2018, including creating a new reentry process called Go Further. How was that accomplished?

A: It really comes down to our colleagues at the facilities. They believe in the mission, and it’s a team effort. We had great success in our pilot facilities when we launched Go Further, and the excitement spread to our other facilities — and our partner organizations — around the country. We’ve made great progress in curriculum delivery and shifting our culture to making successful reentry our day one priority.

I would add that while the numbers are good, the driving theme here is that change happens in different ways for different people. One thing we have to learn in corrections is that we can’t make people change. You’re dealing with folks who in many cases may have had a substance use disorder. They’ve had difficulty finding spiritual growth. Before arriving at CoreCivic, some have been told over and over by society or others in their 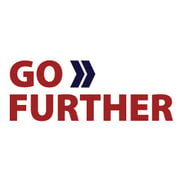 lives that they’re stupid or bad people. Change comes in fits and starts. Sometimes there’s regression. Folks don’t always make forward progress. But it’s really the meaningful conversations we have through Go Further, where we’re discussing inmates’ and residents’ long-term goals and objectives with them, that makes a difference.

Q: What, if any, changes are you making to improve the Go Further reentry process?

A: We’re doing several important things this year. One is doing fidelity checks at our facilities, where we’ll measure whether we’re having the impact that we expect. We’re also working to increase community engagement — attracting nonprofits and state agencies to come into our facilities to do release prep work with inmates and residents. We’re really trying to transform the model from outreach to actually bringing those community-based resources into the facility. Additionally, we plan to implement Go Further at seven more facilities, so that will bring us to 21 facilities by the end of the year.

And we’ll continue to think critically about our respective roles in corrections. Our staff have made reentry a day one priority, and we’re encouraging inmates and residents to think critically about how they complete their sentences — what they want to accomplish while incarcerated and what they want to do with their lives once they’re outside the criminal justice system.

A: It’s been transformative in our organization. It gives corrections professionals a whole different frame through which to view their profession. For many of our staff, it’s kind of a refreshing pause in their careers, whether they’re new or they’ve been doing it a long time. It gives them an opportunity to rethink why we come to work in correctional facilities every day. There’s the security aspect, but equally important is the effort we make as staff to create an environment where people can make positive, lasting change.

As far as feedback from inmates, we’ve learned to take this process one person at a time. Human beings don’t like change by nature of who we are. Now we’re telling people to change their lives by 180 degrees on a dime. I recently heard from one inmate that a Go Further class was the first time someone sat down with him and asked him what the future looks like instead of telling him what to do to stay out of prison. We’ve started shaping the conversation where staying out of prison is a given. We talk about vocational interests, treatment needs for substance use disorders and other obstacles. We need to have a realistic conversation about how to overcome the real challenges that arise when someone goes out into the world.