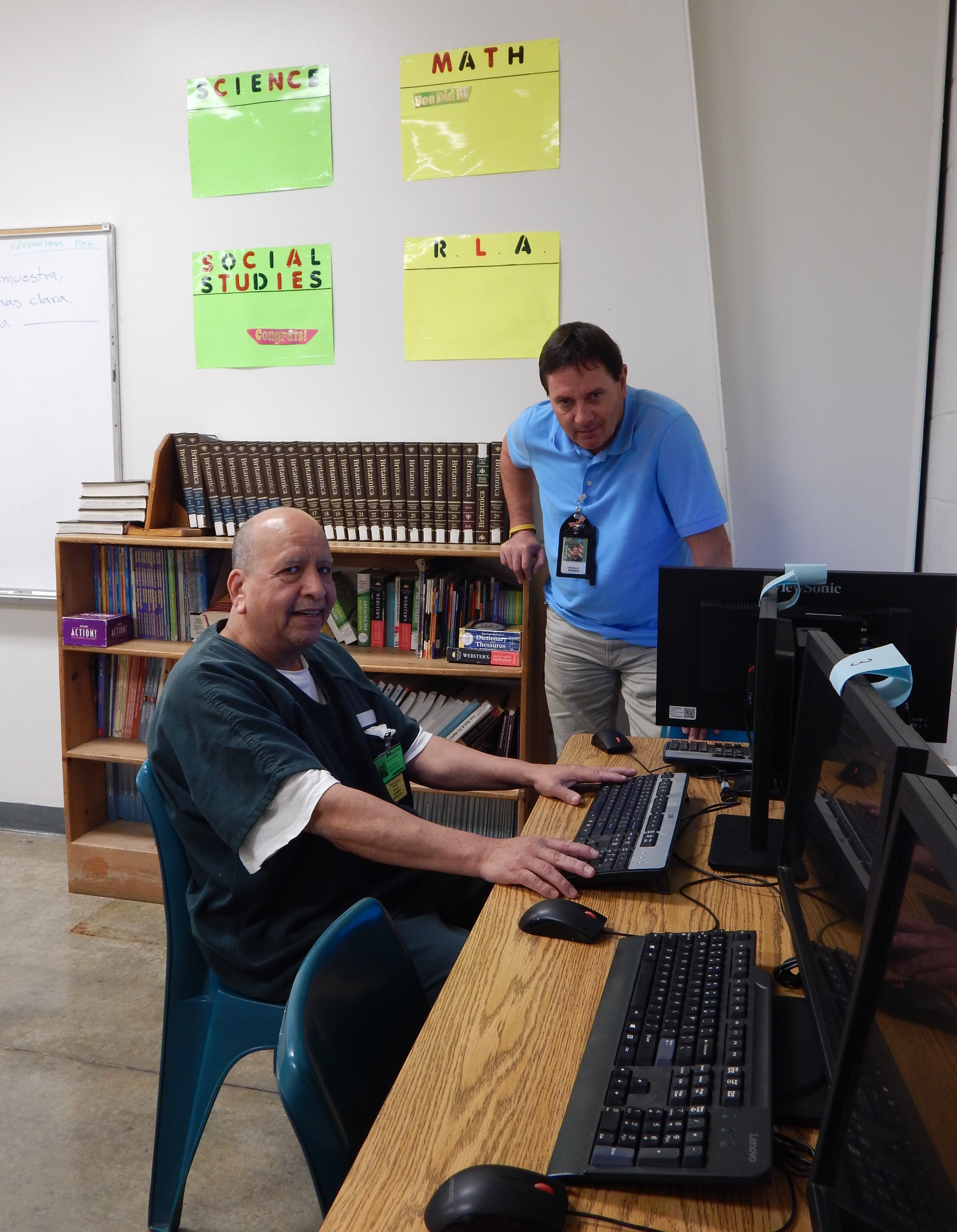 Sometimes in life, it takes two: a keen observer and a persistent underdog. Andres Hidalgo worked much of his life in the food industry prior to incarceration. Hidalgo moved to the United States from Mexico in 1985 and after becoming incarcerated in 2010, he began working on obtaining his GED. However, Hidalgo kept confronting barriers preventing him from passing the final exam for his diploma. Then he met Tim Biggers, an instructor supervisor at CoreCivic's Crowley County Correctional Facility in Olney Springs, Colorado.

Biggers grew up in rural Southeast Colorado on a family-owned farm and ranch. His career has focused on helping those in need. He originally worked in the medical field, but later sought a career in education. Biggers taught in the public school system until realizing he could make a difference in the lives of incarcerated individuals.

"Biggers appreciates offenders as people and has a passion for what he does," said Hidalgo.

Hidalgo had tested 10 times with scores below the passing rate since beginning his journey to obtain his GED.

For Hidalgo, the computer keyboard was keeping him from excelling. Taking note of this struggle, Biggers worked with Hidalgo for one month to help him refine his computer keyboard and other testing skills until they improved. On Aug. 30, 2022, Hidalgo took his final GED exam and passed! Hidalgo described getting his GED as "beautiful."

Biggers commended Hidalgo for exemplifying persistence and determination while testing for years to achieve his academic success.

"Hidalgo truly beat the odds with a little help, but also because of his own character and endurance," said Biggers.