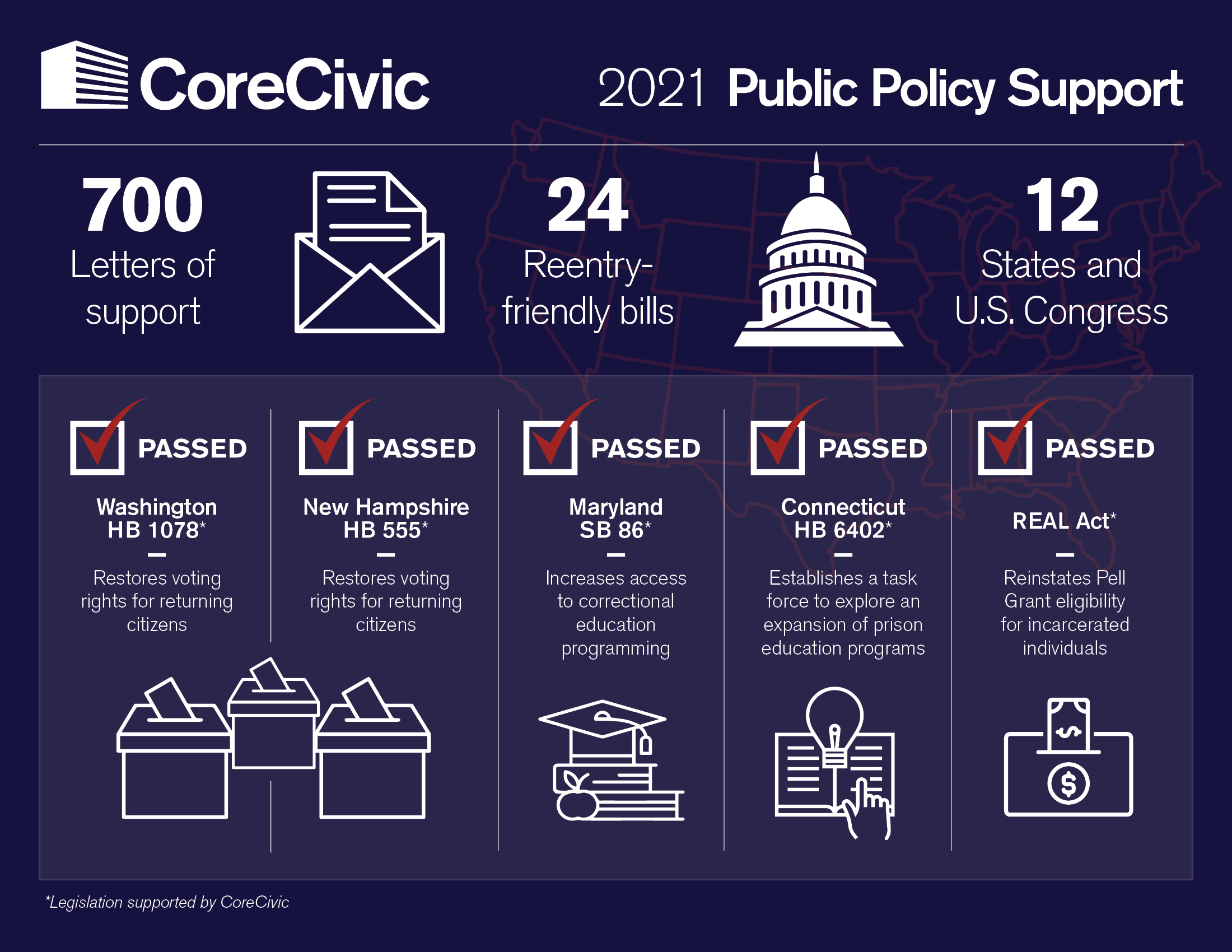 CoreCivic strongly advocates for public policies aimed at reducing recidivism. Each year, our team researches legislation across the United States that supports pro-reentry initiatives. We support legislation that will help returning citizens access education more easily, restore their voting rights, and secure stable employment once they are released.

Sometimes, the result of these efforts is simply civic leaders' increased awareness of the barriers returning citizens face. However, our hope is to see this meaningful legislation passed at the state and federal levels. Since launching our public policy advocacy initiative in 2017, we have sent 2,660 letters to federal and state officials in support of 93 bills aimed at helping people succeed in their communities after incarceration.