In the United States, incarcerated veterans account for about eight percent of all state and federal inmates in custody, and approximately 2,600 of those individuals are housed in Arizona. One hour southeast of Phoenix is the town of Eloy – home to four CoreCivic facilities including Red Rock Correctional Center, where 50 inmates have come together as United States Veterans in a special housing unit called the Veterans Pod.

This isn't your average housing unit, but rather one where all inmates have at least one thing in common: service to their country. The Veterans Pod was established in 2018 at Red Rock, and since then, inmate-veterans have been able to find solace in walking through life alongside like-minded comrades.

"I am encouraged every day by the men around me. We help each other with the problems that no one other than someone with a history of military service could understand," said inmate-veteran Kelly H., who once served in the U.S. Navy and Army. "Since leaving the service, I have not experienced the type of brotherhood that comes with being a soldier until my involvement in the Veterans Pod. And I never knew that, as veterans, we had people and resources to help us prepare for release until coming to Red Rock."

In the Veterans Pod, inmate-veterans can participate in a number of special activities. There is a restorative justice program called Veteran Seamsters, where participants continue to serve by sewing patriotic blankets for donation to local Veterans Affairs programs. Inmate-veterans can also take part in specially organized physical training, as well as actively participate in the facility's wall mural painting program and the color guard team. 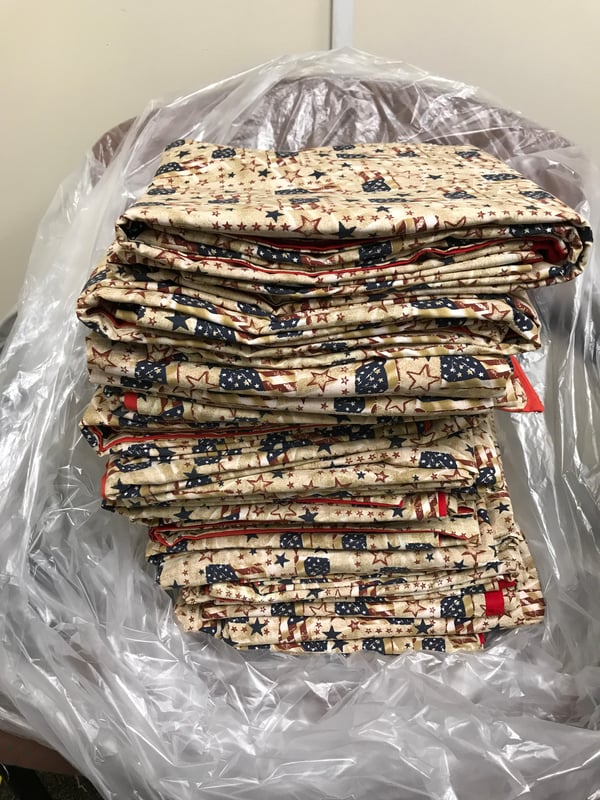 While inmates at Red Rock who are not part of the Veterans Pod also participate in reentry programming, inmate-veterans always participate in courses together, creating a unique support network. One of these offerings is a Career Technical Education (CTE) program on heating, ventilation and air conditioning (HVAC). Upon completion, inmate-veterans can become certified HVAC technicians making them better prepared for successful reentry.

However, it isn't just inmate-veterans who claim honorable service to their country at Red Rock. The facility also boasts 55 self-identified employee-veterans as of November 2020. The shared past experiences between staff and inmates have created an environment where mutual respect thrives. Today, approximately 10 percent of all CoreCivic employees are self-identified military veterans.

"We are proud to have such courageous men and women, both staff and inmates, who have fought for our country," said Red Rock Warden Bruno Stolc. "Any opportunity we have to celebrate our veterans' service through special meals or events, we do so. We really admire these brave individuals at Red Rock."