CoreCivic's Trousdale Turner Correctional Center (TTCC) in Hartsville, Tennessee held an AmVets Post charter ceremony for its veteran inmate pod on Tuesday, November 7. The special-assignment pod houses approximately 66 male offenders that served in a branch of the United States military and becomes the first AmVets post in the state of Tennessee with inmates as members (second in the country.) 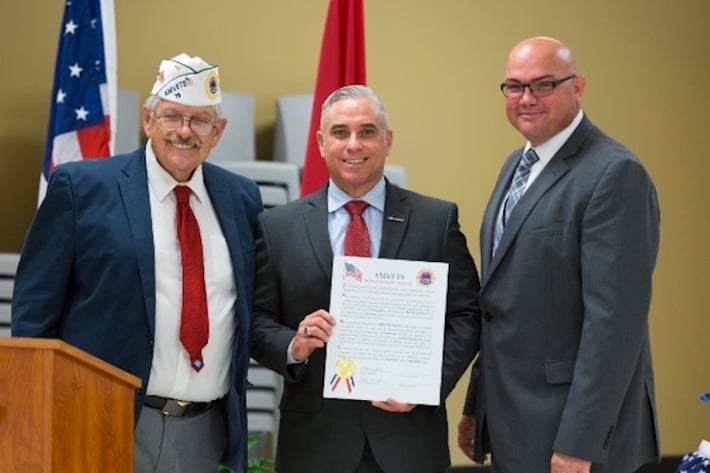 AmVets Tennessee leadership, including Second Vice Commander Richard Holt, were on hand for the ceremony Tuesday and presented facility leadership and veterans pod attendees with their official charter, designating TTCC as AmVets Post 95.

AmVets, also known as American Veterans, is the largest and oldest veterans service organization that is open to and fights for all veterans and their families. Their mission is to enhance and safeguard the entitlements for all American Veterans who have served honorably and to improve the quality of life for them, their families and the communities where they live through leadership, advocacy and services.